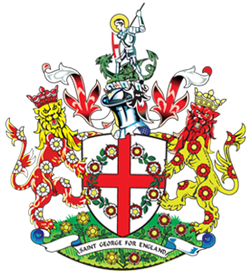 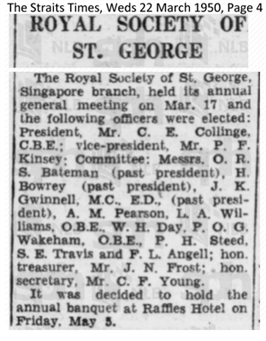 Prior to the formation of The Royal Society of St. George and before the American Revolution, Societies of St. George had been founded in the then North American Colonies for the relief of British immigrants and to give them general assistance in the new country. The earliest Branches of which there are any records are those of New York (1770), Philadelphia (1772) and Charlestown (1773). Subsequently Branches were formed in all the great cities of the North American continent and celebrations were always held on St. George's Day. At the time of the War of Independence many Loyalists moved to Canada and founded similar Societies in Halifax (1786) and other cities.

Howard Ruff was the founder in 1894 and the first Honorary Secretary of the Royal Society of St. George. In 1900 he gave up farming to devote his time exclusively to the Society. The Society's first Royal Patron was Queen Victoria - each monarch since has been the patron of the Society.

The Society is incorporated by a Royal Charter which was presented by Elizabeth II in 1963 and has its own Armorial Bearings granted under Letters Patent in 1990 and now has members and branches around the world.

St.George was held at the Cricket Club on the evening of the 5th of March 1926,

with the hon'ble Mr. C.Everitt presiding.

In early 1925 Lieut-Commr. Vinden R.N.R., conceived the idea to establish the

Singapore Branch and began corresponding with the parent Society in England.

St.Patrick's Society for supplying copies of their rules. With some assistance

Mr.Vinden drew up a set of provisional rules and called a meeting of a few friends

on October 12th 1925. That meeting unanimously resolved to form the Singapore

branch of the Royal Society of St.George.

Mr.Vinden provided the funds for starting the society until subscriptions were received. Application for affiliation to the parent Society was granted. A month after the initial meeting in October 1925 the society had 40 members and by the AGM membership stood at 112. His Excellency Sir Laurence Guillemard, had become a patron and life member.       ​ 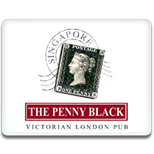 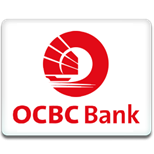 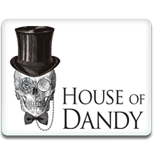 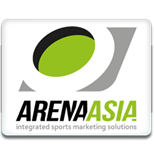 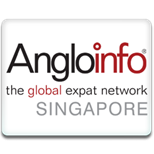 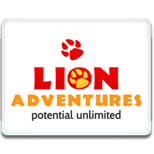